Burns Harbor: A Story of Resilience, Strength and Vision

Click here to view a video highlighting where Burns Harbor has been and where it is going...

All communities have a story. For Burns Harbor, the narrative is deeply engrained within the art of what is possible. From a small town reliant on its industry to the actuality of total financial ruin, this town essentially renewed itself again to survive. Today, Burns Harbor is taking its future into its own hands — rewriting its story to put the fundamentals into place to become the town it wants to be and knows it can be. As the cliché goes, one cannot truly understand what or who Burns Harbor is until one knows where it has been. Or, more accurately, what Burns Harbor has been through.

Click on the "Humble Beginnings" tab above to continue...

Much of Burns Harbor’s story begins within industry. Born out of the growth of Bethlehem Steel in the mid-1960s, the community developed around its largest employer, who provided legal and monetary assistance in the town’s infancy. In the fall of 1967, the Town of Burns Harbor was officially incorporated with an initial population of 1,263 residents. Eventually the town grew to encompass 6.9 square miles in Northwest Indiana just 40 miles outside Chicago on the shore of Lake Michigan and Indiana Dunes.

Over the decades, the town worked to set up local government and develop utilities and roads. For a variety of reasons, Burns Harbor initially experienced a steady decline in population. Aging residents, displacement of residents during construction on State Road 149 and Interstate 94 as well as lack of municipal water and sewer systems discouraged development conducive to residents.

Still, Burns Harbor’s hidden treasure and one of its most cherished assets — the town’s natural resources — began to thrive. The Burns Harbor Park Department, created in 1984, grew to include Lakeland Park with a swimming/paddling/fishing lake and sporting fields as well as Shadyside and Bolinger parks with playgrounds and picnic shelters. The Indiana Dunes National Lakeshore continues Burns Harbor’s tradition of outdoor family-friendly recreation with land adjoining the Little Calumet River running through town. Additionally, the Indiana Dunes State Park connects to the east and west. 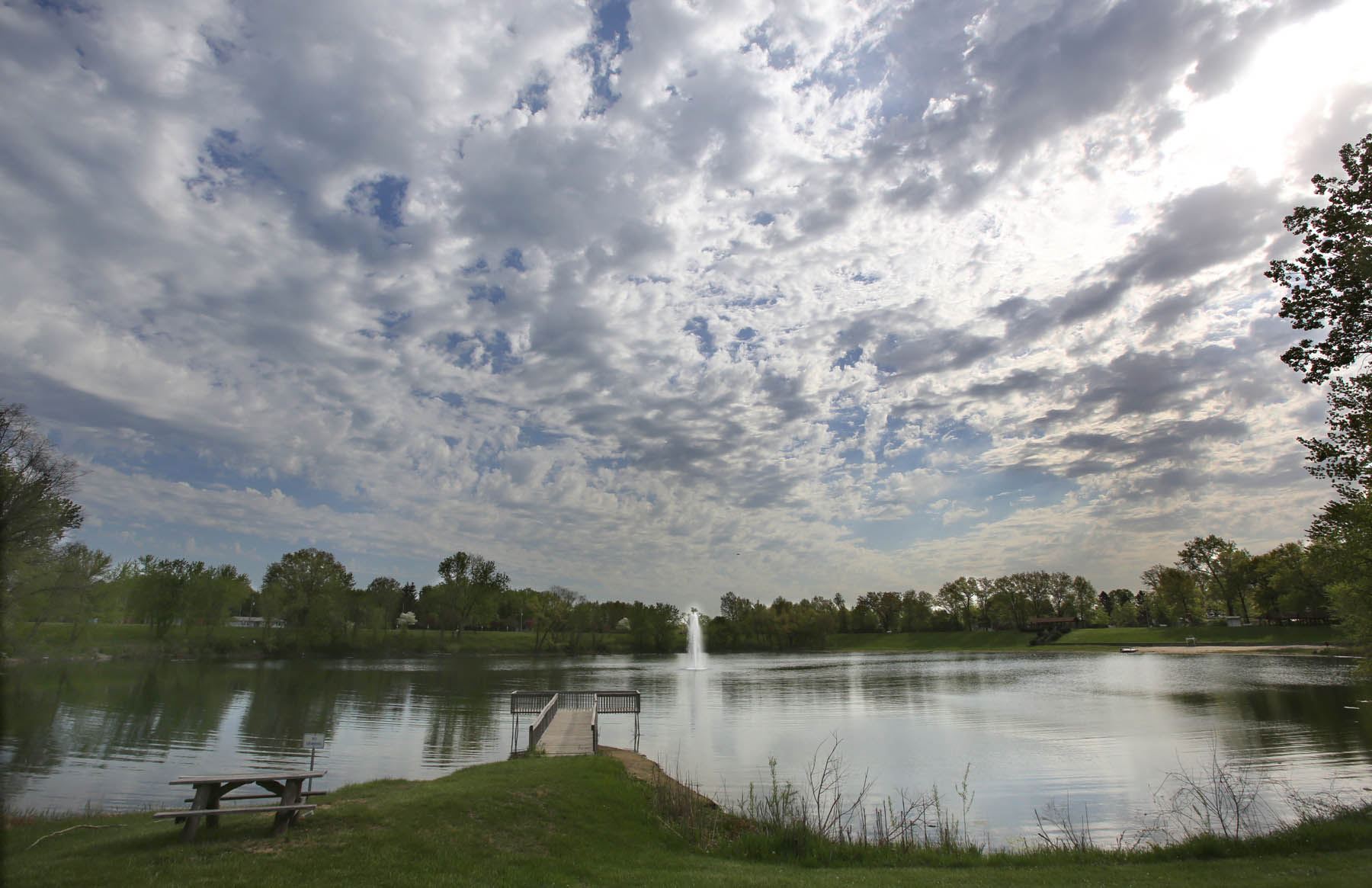 Photo provided by The Times.

Perhaps the greatest early achievement to improve the quality of life for the town’s citizens and spur future development to continue the story of Burns Harbor included the annexation of Bethlehem Steel property in 1998. After numerous court cases, the town annexed 1,000 acres of unincorporated portions of the plant. The achievement gained the town additional tax revenue through a newly established TIF district to purchase the Bethlehem sewage treatment plant and develop a municipal water system in 2001.

Click on the "Challenge Becomes Opportunity" tab above to continue...

Similar to many corporations throughout the nation at the cusp of the Great Recession, Burns Harbor’s largest taxpayer and once America’s second largest steel producer filed bankruptcy on Oct. 15, 2001. This filing relieved the corporation from all current financial obligations, including the property taxes to be paid to the town.

The result — a loss of 80% of the town’s annual revenue generated through taxes. The unprecedented hit ushered in massive cuts in personnel and benefits while the town struggled to maintain municipal services. Residents were faced with enormous tax increases and the town was faced with state circuit breaker law.

This is where the true story of Burns Harbor begins, and where the true character of the community shined through as sole leadership collaborated with the International Steel Group (ISG) to purchase all of Bethlehem’s assets in April 2003. Additionally, town leadership coordinated agreements to gain yearly payments of $900,000 for four years in lieu of taxes to help relieve the town’s financial problems. Later down the road, the steel mill changed hands to become ArcelorMittal, the world’s largest steel producer.

Instead of closing the book on its future, Burns Harbor decided failure was not an option. The character of a town who cherished its independence suffered through the difficult times and emerged with a refreshed vision of progress. 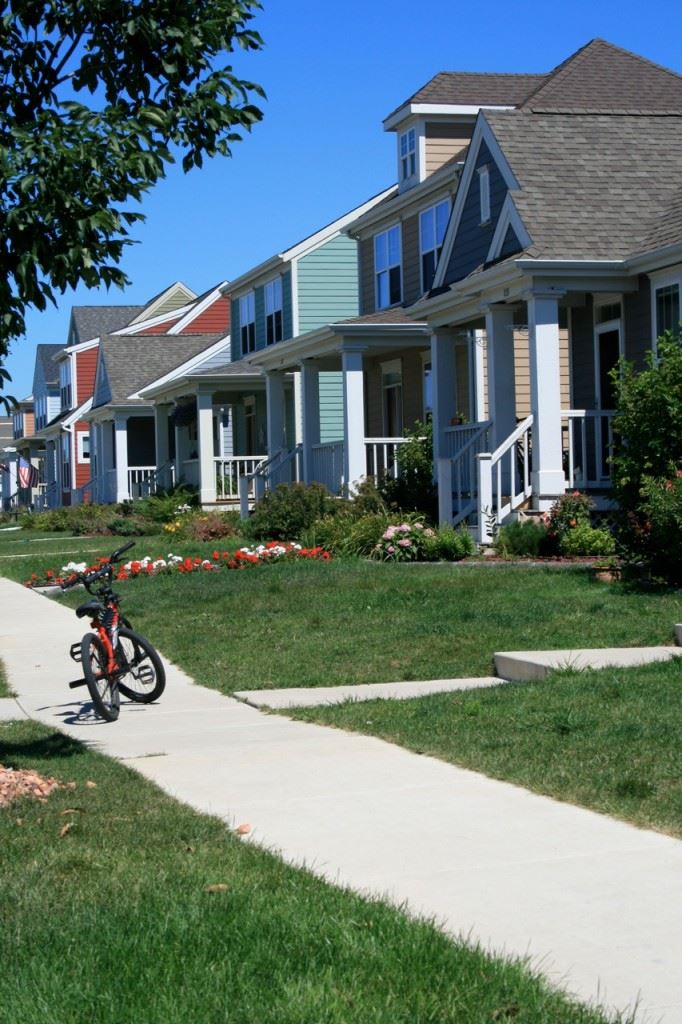 In response to new construction, population growth, increased traffic and public demand for services, the Burns Harbor Town Council undertook the immense year-long project of updating the Comprehensive Plan, including zoning ordinances, which was adopted in May 2009. In addition, sub-area plans for a downtown pedestrian presence and greenway trails were developed.

Click on the "Our Story is Just Beginning" tab above to continue...

The Art of What's Possible

Today, according to the latest U.S. Census, Burns Harbor is the third fastest-growing community in the state. The Indiana Dunes and greenways, access to nature and recreation, quality school system and a great place to raise a family are just a few top assets Burns Harbor is keeping in its back pocket. Despite the few naysayers and skeptics resistant to change, the town desires to be something more.

In October 2014, the town’s Redevelopment Commission (RDC) announced an innovative agreement with the school corporation to share a portion of its TIF revenue to create economic development. A town who, over a decade earlier, did not even have enough money to employ departmental heads, extended its hand to reinvest in the greater good of the community. This joint-effort will enhance the prosperity of the community through quality educational opportunities. While similar governing bodies have historically viewed public school systems as competition for scarce funding, Burns Harbor instead initiated a proactive and collaborative approach to enhance the implementation of work training and worker retraining programs designed to prepare individuals to participate in a competitive global economy.

But the school agreement was just one of many initiatives designed to jump-start community development. The RDC led an extensive six-month request for qualifications that garnered 11 submissions from high quality firms with national and international successes interested in providing assessment and strategic guidance for the development of land and programs in town.

A collaborative and efficient evaluation process between various Commissioners and support staff resulted in real-estate development and advisory firm LiveWorkLearnPlay (LWLP) named as Master Development and Revitalization Advisor. Together, the town and LWLP will continue to lead long-term development and implementation towards a sustainable economic environment and town identity for Burns Harbor.

As Max Reim, co-managing partner and principle with LWLP, said, “We feel strongly that Burns Harbor is in a position to achieve many of its identified goals and has the opportunity to grow into a more vibrant, iconic and economically thriving place. We are confident that, together, we can transform Burns Harbor into America’s next great small destination town.